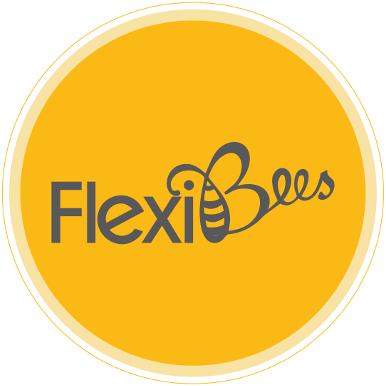 From the Founder’s Desk: Taking the Plunge

After I quit my corporate job to co-found FlexiBees with two of my friends, the questions that I got asked most often, were ‘What made you take the plunge?’, ‘What was the final push?’, ‘How did you really really decide?’, ‘How did your pros and cons look?’, ‘What if you fail?’, ‘Will you regret this?'... you get the gist :)

This is an attempt to answer some of those questions, which plagued me, but also most importantly, plague all of us who want to jump off our reliably running high-speed trains, to what could be a strange journey where we are likely to stumble, walk, run and hitchhike before we build the rocket ( have to clarify here, I mean the metaphorical one, since there are founders who literally are building rockets!) that will take us to the moon!

I also want to state here that there is no right choice. The attempt here is to try and help figure what choice each of us truly wants to make. As we all know, understanding what we want to do, what we truly enjoy, what will likely make us happy, etc. is the nirvana that we all, in our world of a multitude of choices and unfulfilled potential, yearn for.

The Paradox of Regret

Let me tackle one of the easier questions first - the one around regret. I call it a paradox because that's what it is.

When we consider taking a dramatic departure from what we have been doing, the tendency is to gauge if we would regret that choice. Whereas what we should do is also consider the regret which may come from not making that choice, and weigh the two regrets and voila! - you may get a clue on what you really want to do.

In my case, on one end I would have ended up regretting that I had slowed down my thriving corporate career (which I had experienced for a decade or so) and incurred some financial losses vs. regretting not taking the chance to build something new and impactful, from scratch, in an area which I was passionate about.

When I put them against each other, I felt my regret would be far greater if I did not take the more dramatic choice. Full disclosure - I do think it was coloured with me having built enough confidence in the corporate world to go back if things failed, and also believing that the experience I garner as a (successful or unsuccessful) founder will be extremely valuable and valued everywhere else too.

But what this also means is that there will be nuances and factors that influence what you will regret more but the exercise definitely will help you understand what you would likely regret less.

The Why - the Big Question

The tougher questions are around the Why of it all. What is the driving force to become an entrepreneur? Is it the idea? Is it the itch to build something on your own? Is it something that you always felt? Or is it rooted in disillusionment with the rat race? Is it just timing? It could be any of these, or all of these, or some of these.

In my case, I think there were multiple factors but the most important one was the Problem.

The problem we were setting out to solve was one that troubled me, angered me, and excited me. There are countless examples of founders starting up to solve a problem that they themselves or someone they were close to acutely experienced. Airbnb, RedBus, TransferWise, Spanx, and Postman come to mind; and there is a lot of emphasis in the startup and investor community also on the importance of the problem you are trying to solve.

But aside from it being a good factor for success, it also acts as a key driver for the founders in a very personal sense. It's a cliche but it's also a reality that the startup journey is anything but easy, and during really tough times, the thing that keeps us going, and also that keeps us on the right track often is the problem we have chosen to solve.

To avoid sounding prescriptive, I would say that if the problem you are trying to solve excites you and drives you, it is a somewhat clear indication of where your choice lies.
The Fear of Failure and its Paralysing Grasp
Lastly, let’s ruminate a bit on a key driver in this choice - Fear.

Fear of the unknown yes, but most of all fear of failure. When I was deliberating quitting my job, one of my friends presented to me the statistic that ~90% of startups fail, and that those odds are terrible. Now, this is scary and we should acknowledge that.

I pride myself on being rational and logical hence, I acknowledged that yes, there is a strong likelihood that we may fail. But then how soon would we statistically fail and what would we do in the interim? So, as much as the 90% failure is touted, the full picture is not. That ~20% of startups fail in the first year, 30% in the second year, 50% in the fifth year, and 70% in their 10th year.. (Think it's a good time to point out that we are in our fourth year, so yeah no benevolent hindsight yet :) )

So that means we have a decent statistical likelihood of getting a bit further in our journey before and if at all, failing. I saw that as a positive, because to me the journey has always been more important than the destination.

What we would experience in these years of building, problem-solving, growing, team-work, creating something, somehow seemed much more real than the elusive ‘eventual success’. Of course, if we hit the jackpot of ‘eventual success’ (comes in many forms - unicorn status, buy-outs, IPOs), nothing like it, but even with less of it, or without it, I felt at that time, that the journey itself was worth it. {Just to clarify - especially for our future investors :), this was what I thought then before starting up. Now that we have started on our journey, we very much want to explode our topline, have healthy unit economics, and have a great exit! }

Each of us will have our own approaches to manage or overcome this particular fear. But most important is for you to gauge if this fear paralyses you or makes you find ways and means to overcome it. If you find your theoretical path out of fear, it can be a good indication that you really do want to take the plunge.

In summary, taking the plunge into entrepreneurship from the corporate world is a difficult decision, and hopefully, this would help you in your journey to find and make the right choice for yourself.

This was about taking the plunge and we will be back with more on the startup journey in our ‘From the Founder's Desk’ series.

Disclaimer: This is likely more relevant for those in corporate jobs, but who have the itch to get out and do something on their own. Or for those who have a difficult choice facing them - two options which are both likely interesting, with one more stable and one riskier. Returns (as you would expect) following the risk-return equation.

Rashmi is the COO and Co-founder of FlexiBees with the vision of flexibility being the norm at the workplace. She is passionate about job-creation. She believes people can lead more productive, more confident and more content lives when they work flexibly.